On  june 4th 2019 Air Serbia airplane landed at
the Rijeka Airport and now, after almost 30 years, Rijeka and Belgrade are
connected with direct flights.

For this special occasion Air Serbia was welcomed with water fountain by aerodrome
firefighters, local folklore, ceremony of cutting ribbon and organized catering
for our first passengers.

The ribbon was cut together by Air Serbia
representative Goran Grozdanić and our Planning and Development Manager Vedrana
Čubranić.


Flight from Rijeka to Belgrade
will take place twice a week, on tuesdays and fridays throughout the whole year.

Traffic for this route will
be operated by ATR 72 which can accommodate 66 passengers and during the high
season A319 aircraft with a capacity of 144 seats.

You can buy tickets online at www.airserbia.com.


Instead of nearly six hours
that we've been driving from now on our passengers will be able to get to
Belgrade in just 80 minutes.

Air Serbia is a Serbian national airline and is flying
for total of 49 destinations in Europe and the Mediterranean, also has direct
lines for the Middle East and North America, with Etihad Airways  they are
offering direct flights from Belgrade to international destinations in Asia,
Australia and Africa. 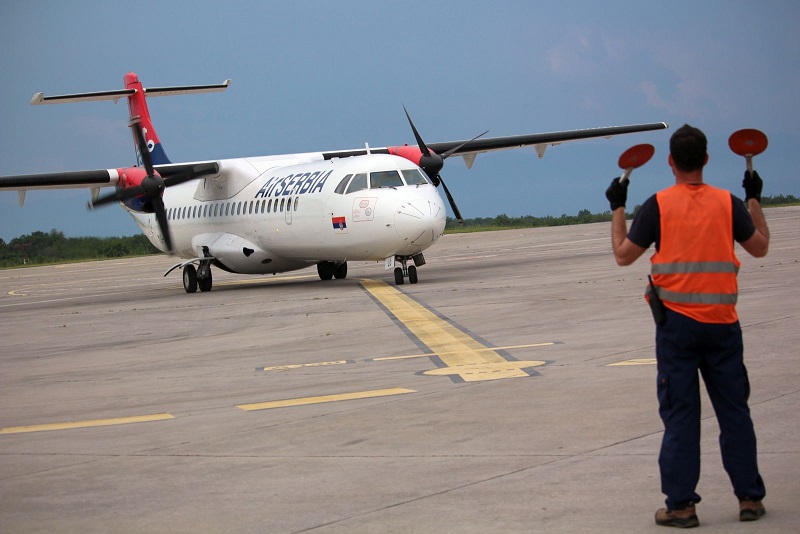